A listing of the games I've made for classes and Game Jams. 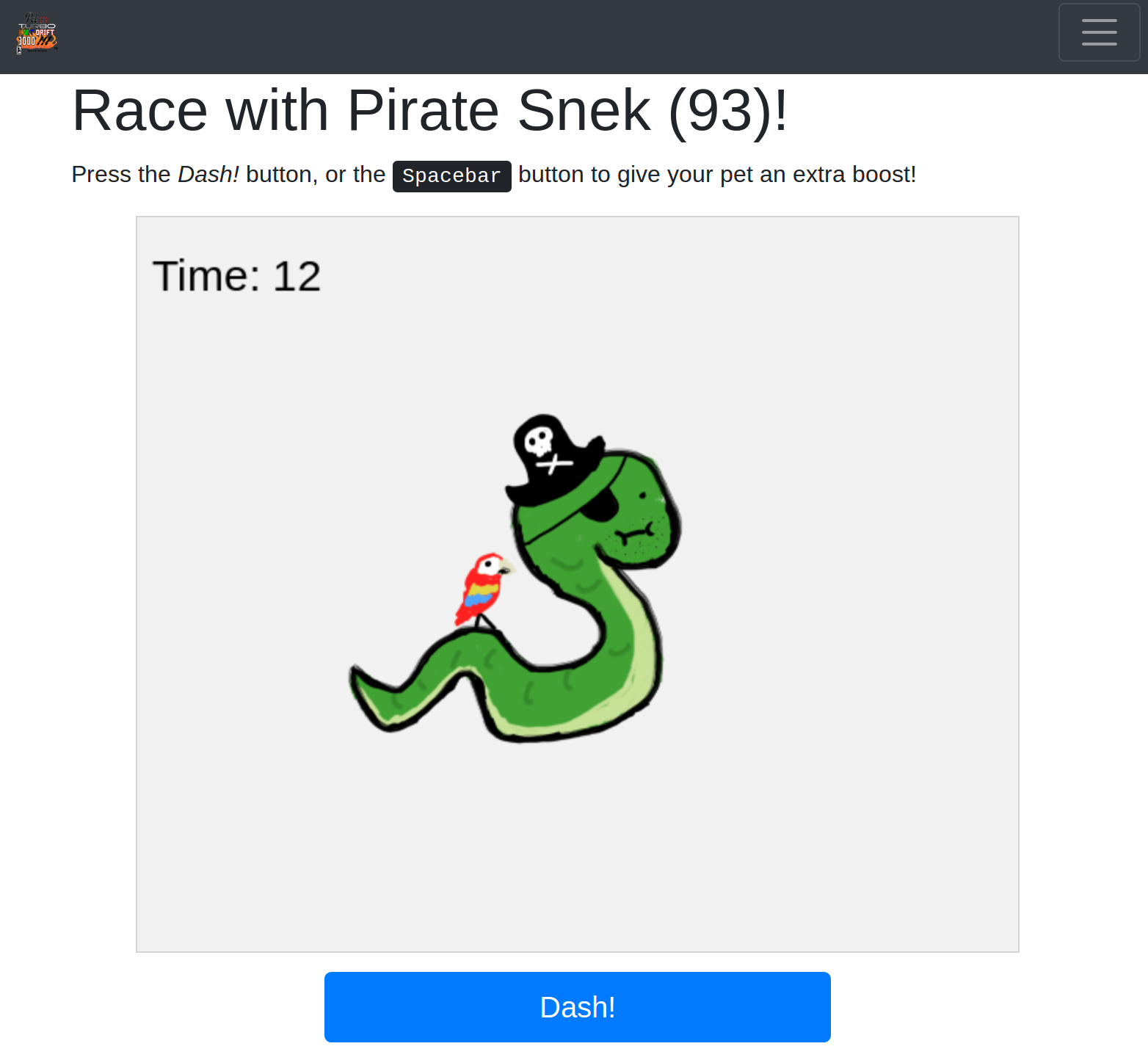 Pet GTR Turbo Kart Drift 3000 !!! Deluxe Game of the Year (or PGTRTKD3000DGOTY, for short) is an online pet training game similar in concept to a Tamagotchi. The goal of the game is very simple, adopt a pet and keep training it to improve it’s abilities. Then, race it for the best time to get placed on the top of the global leaderboard.

This was a final project in both my Cloud Computing and Database classes. Our requirements were to create an application:

In a group of 3, we created this application using ASP.NET Core in C#, hosted on Azure App Services. (The current version is completely static, for the sake of demonstration.) We used Bootstrap CSS, Typescript, and Razor pages to build out front-end.

I was in charge of:

Grappel is a physics-based platformer in which your objective is to skillfully manuever through several challenging levels. As a bonus, there’s an endurance mode which was designed to test your mechanical skill of swinging, gaining, and maintaining momentum as you fly across the screen. 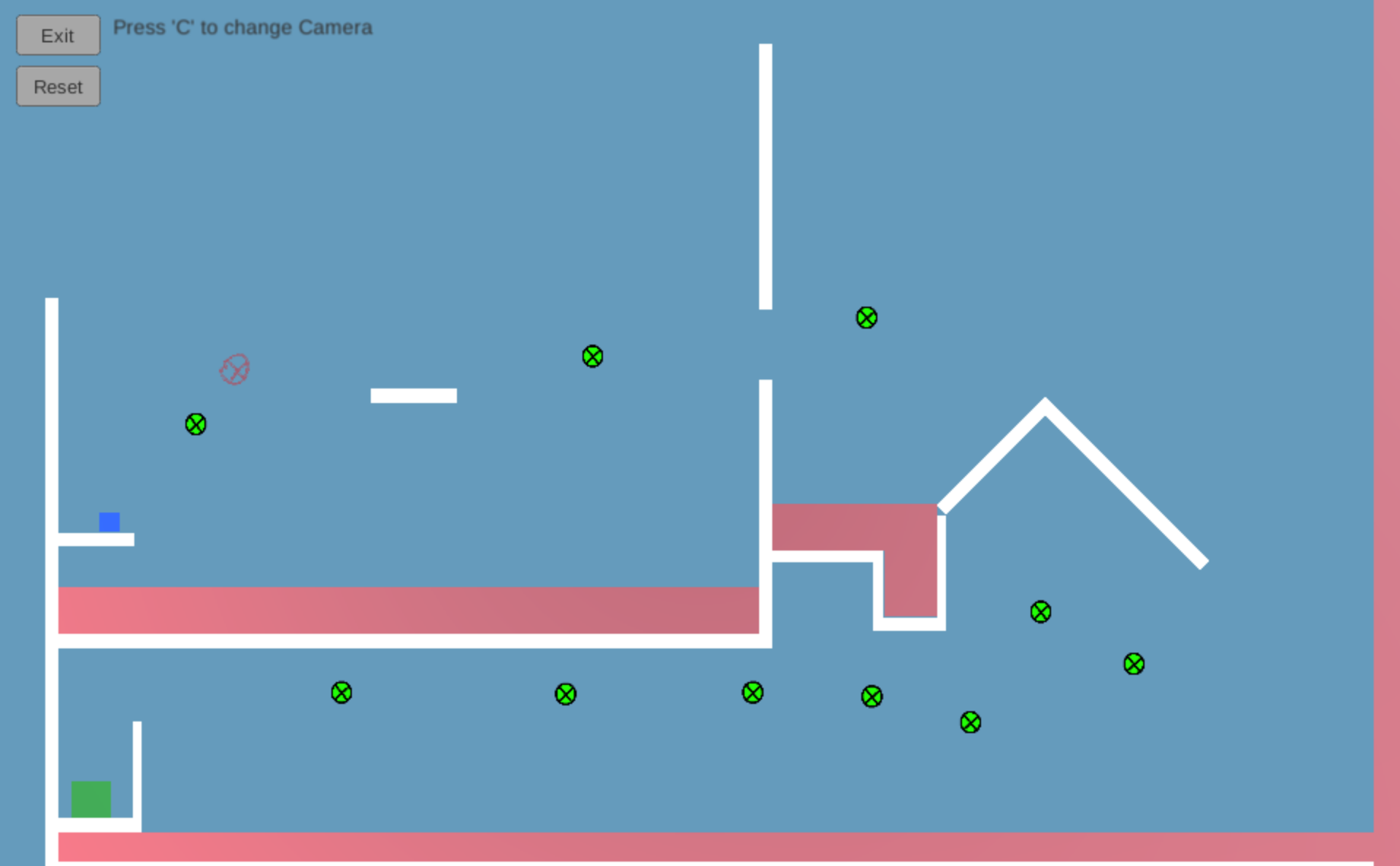 I worked on this project with a group of my student peers in an agile team for our Introduction to Game Development class. We used the Unity game engine in C#.

I was responsible for:

Kelvin 373 is a boss-rush platformer in which the player’s skills are tested against two bosses. 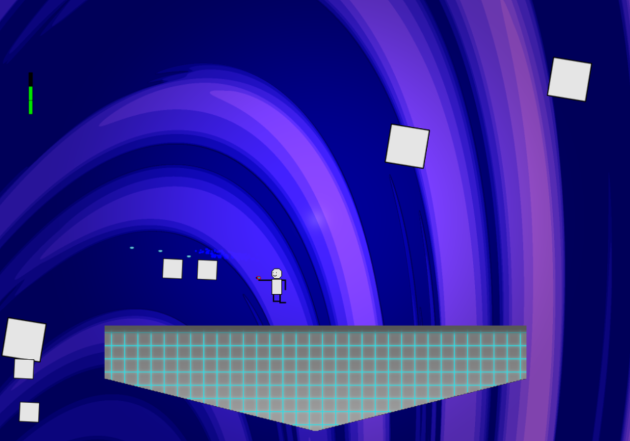 This was a group project with my student peers for our Game Engine Development class, where our focus was on developing a game engine using a HTML5 canvas and Javascript. We developed the fundamentals of the game engine, including:

For this project, I:

As part of a Microsoft-hosted event for AP Computer Science highschoolers, I participated in a team of 4 with other students to develop a “Hunt the Wumpus” game. My team placed 1st runner up out of all the other schools in the area that participated, and were the only team at my high school that won an award. 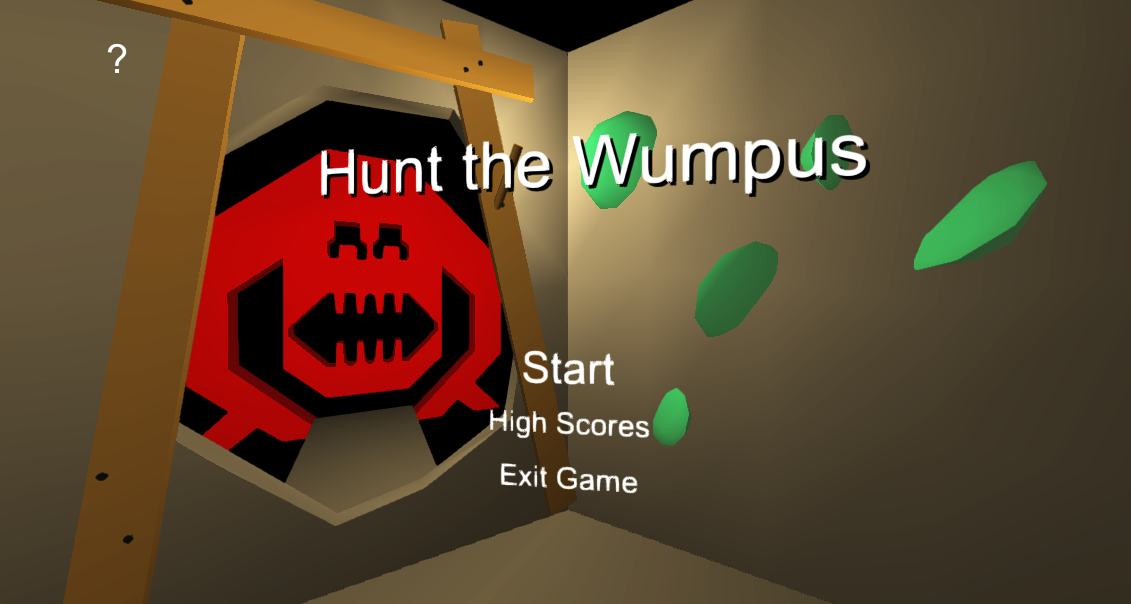 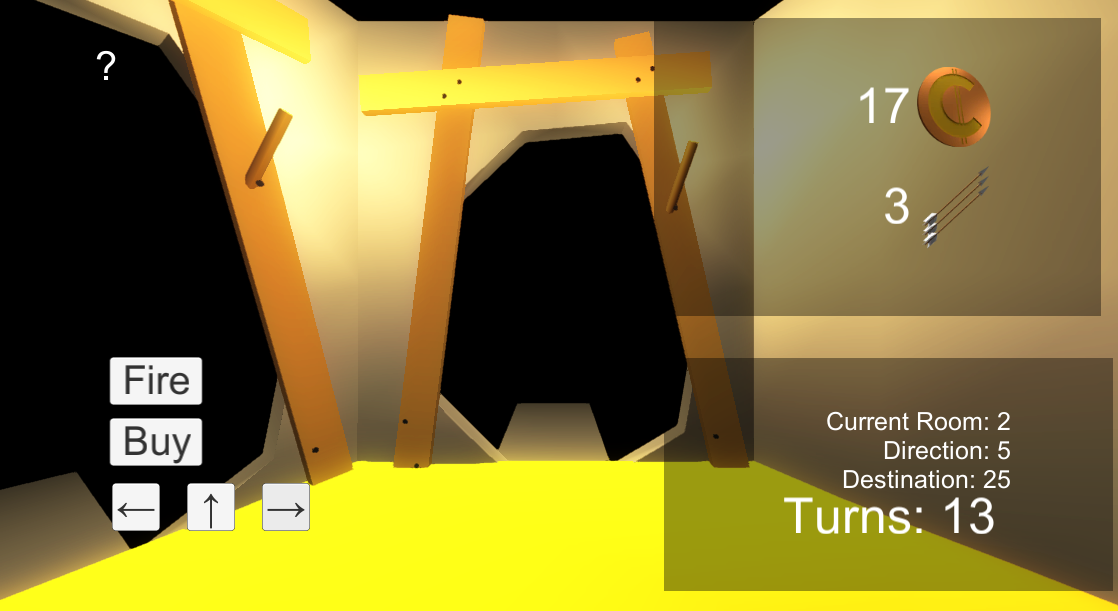 Users would navigate a randomly-generated maze to hunt down the Wumpus. 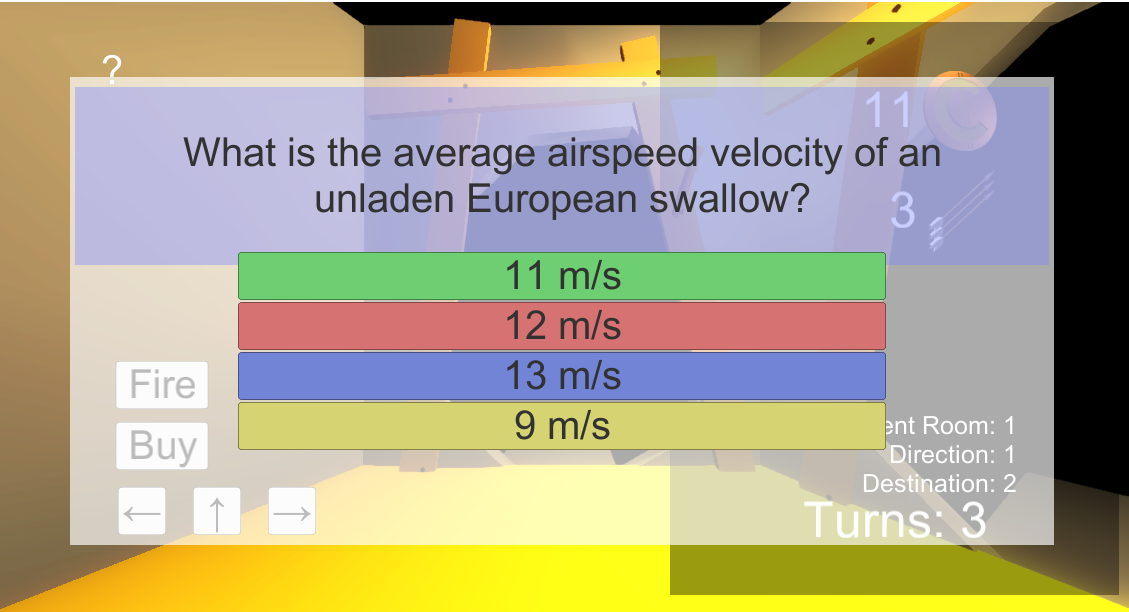 At it’s core, the game was based on trivia. Many types of interactions prompted the user to answer randomly-chosen questions. The color-coded answers would correspond to the face buttons of Xbox 360 controllers.

We made a first-person 3D game using the Unity engine. I created art assets using the modeling software Blender. 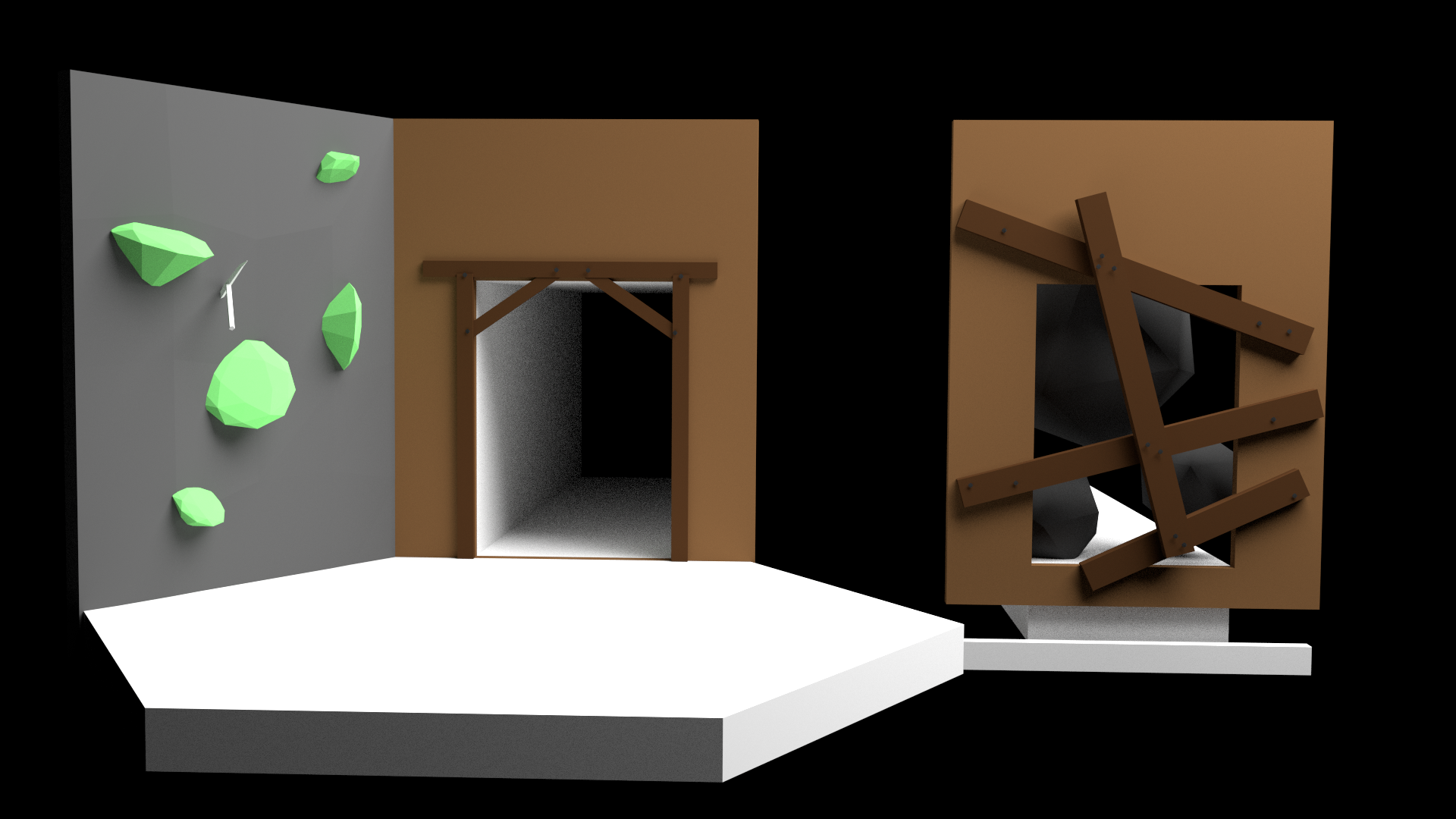 I took on many of the assigned roles for this project, including the art and graphics, maze generation, core gameplay loop, and trivia.

I developed an algorithm for generating a cave system with a set of rooms, where none of the rooms were disconnected. 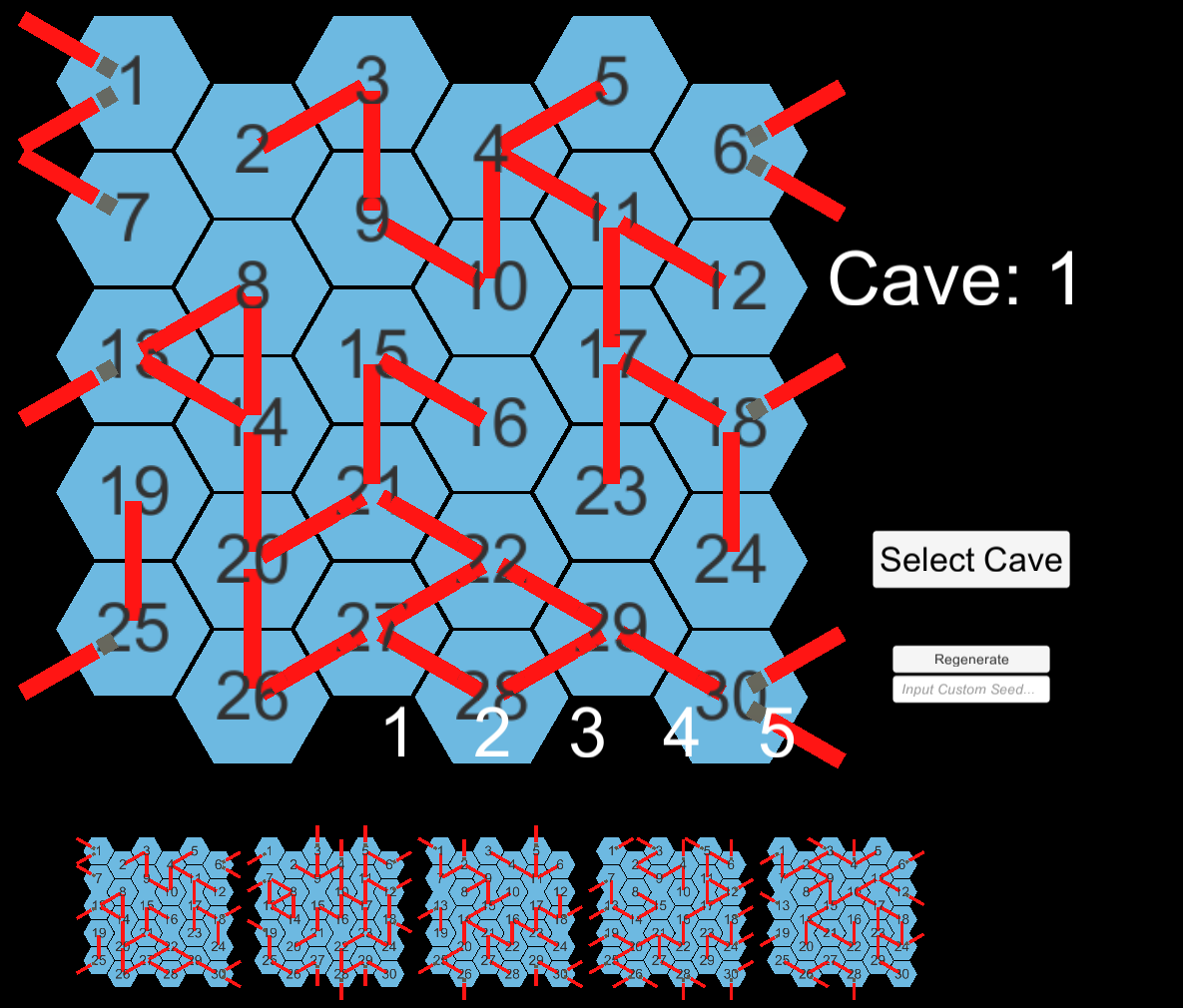 Users could re-generate as many cave patterns as they wanted, and even choose their own random seed. This would be their level for the game.

I’ve participated in a number of Hackathons and Game Jams since 2015.

Here are some of the games I’ve made from these:

You play as a gameb–err handheld game console that is in desperate need of a fresh set of batteries. As you move, jump, or even do nothing at all, your battery levels will drain. If you run out of battery, you will lose.

I used this game jam as an opportunity to learn the MonoGame game engine for the first time. I expanded upon the platforming genre by adding the battery mechanic which requires that the player keep moving, but be conscious of their failed attempts. 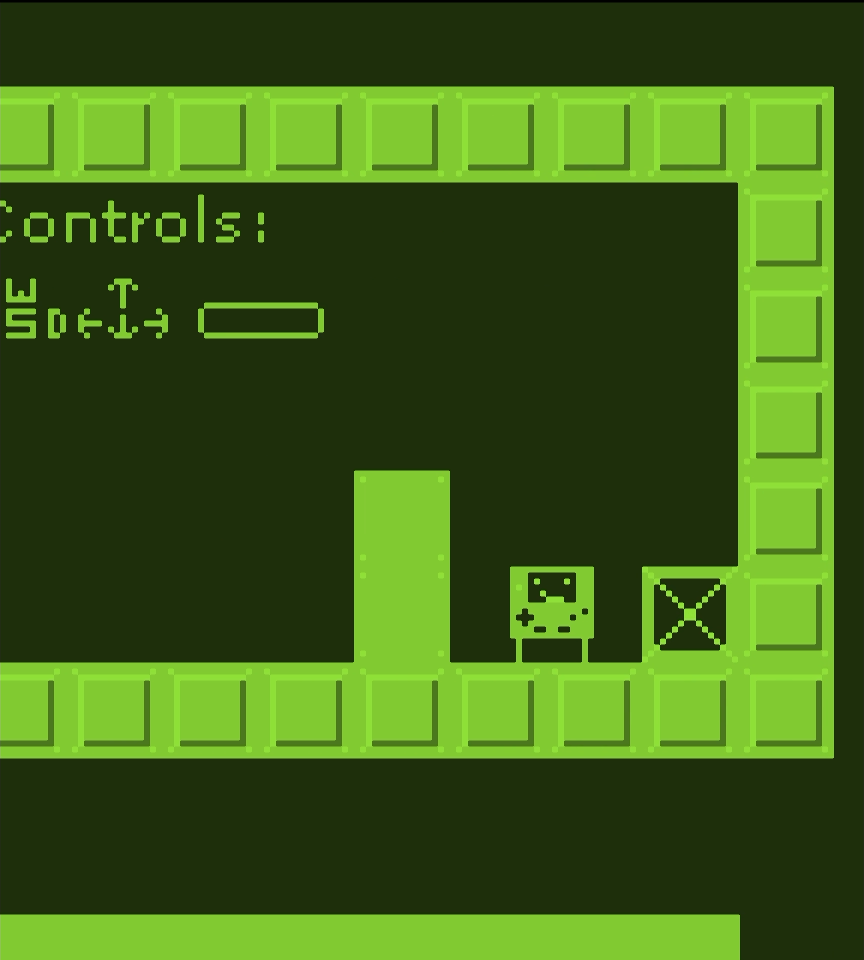 This was my first-ever game jam, where I set out to better familiarize myself with Unity. I created all of the assets, from scratch, in less than 48 hours.

I built a wave-based first-person-shooter in which the “unconventional weapon” shot Easter Eggs at mashmallow Peeps. 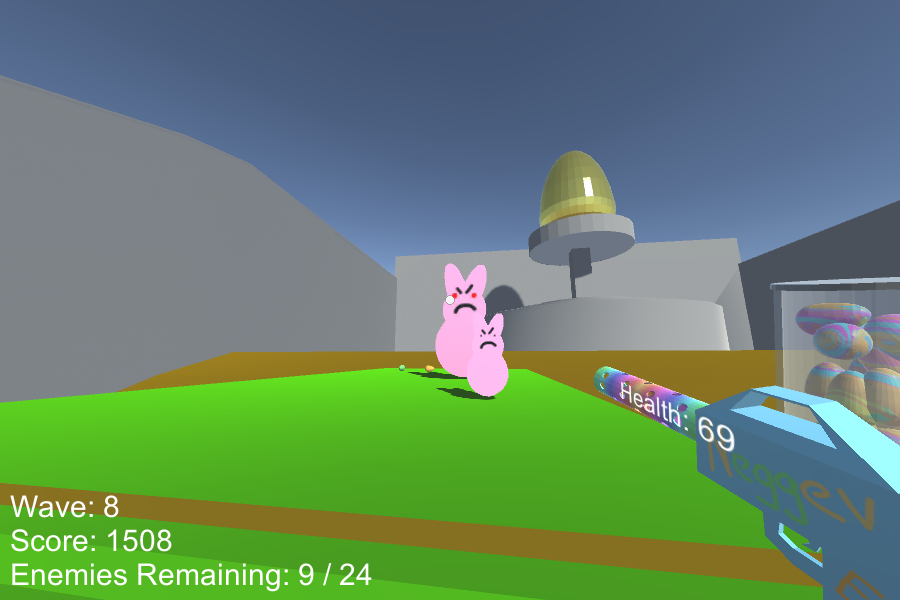