After working on the Internet Xmas Tree, we decided that the next logical step from this would be to create multipurpose lighting for the front porch.

Most of October that year was spent working on these lights, which were just finished before Halloween.

Unlike the tree, this project incorporated a lot more hardware, which made developing this system a lot trickier. On the night of Halloween, we ran strips of LEDs both on the inside and outside of the railing. 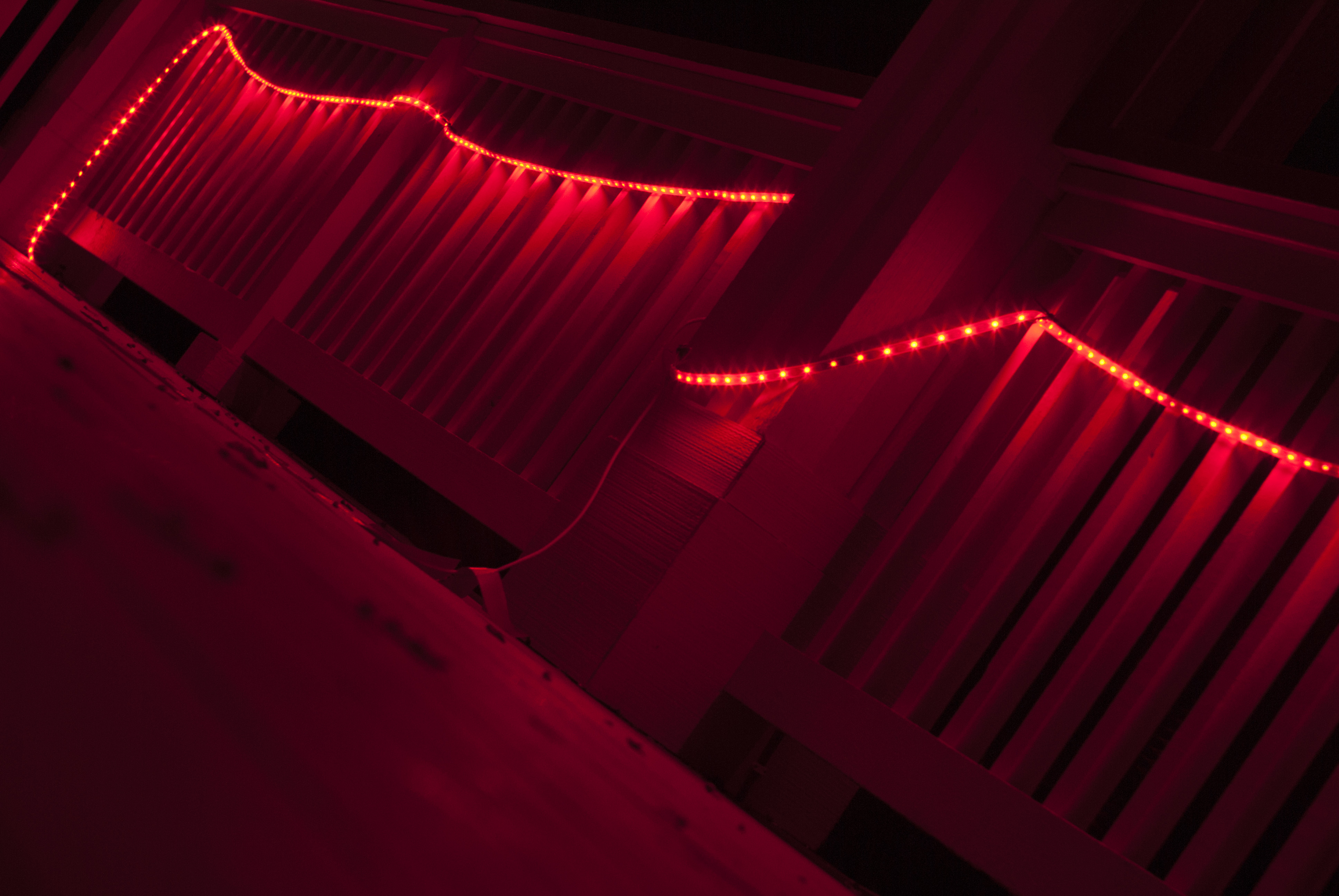 In addition to driving all of these LEDs, we installed 3 knock-off brand RGB lightbulbs and would control those using the same system. These bulbs were using my reverse-engineered library that I created to replace the Android app.

One bottleneck that I discovered with the tree was how much processing power was required to drive all these LEDs (with very strict timing needs) and animate their colors, all while hosting a webserver. In addition, rebooting the Pi meant that the lights would be stuck until it could restart the driver program.

Because of these reasons I decided to use an Arduino Mega to drive these LEDs. The Pi now only sets the parameters for the lights, like the colors and patterns, and the Mega handles drawing them all. This reduced the load on the Pi, and I think made the entire system much more robust.

There were some issues with serial communication, since drawing the LEDs turns off interrupts. Messages were often repeated a number of times to ensure that they worked. 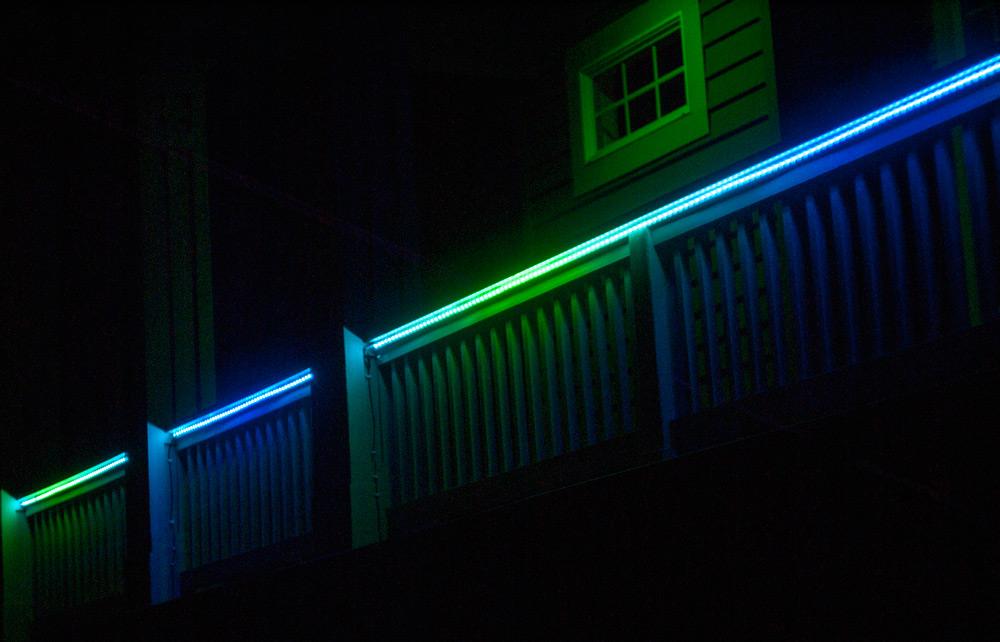 After leaving the system in place for a few months, everything seemed to work fine. We didn’t even cover the plastic container that housed the Pi or the Arduino. I’m actually still amazed that they survived for so long.

While the Neopixel strips did claim that they were water resistant and came in a special rubber cover, after a while we had some LEDs that became faulty. While dead pixels aren’t a big deal for most LED panels, given that these are all chained together meant that entire segments of the LED strip could be inactive.

A year later we had found that the remainder of the LED strips had died, and that we’d end up getting brand new ones to replace them.

Amazingly, the Arduino and Raspberry Pi that we had left outside for that long still worked just fine (after letting them dry out). All of the plastic on the Pi had yellowed, but otherwise it didn’t seem to have any issues.